Malaga is the second largest city of Andalusia. Malaga is an active fishing port and is the capital of the Costa del Sol. The most importants beach resort towns belong to Malaga which is the most touristic province of Andalucia, with an important sport and hotel infrastructure. Malaga is a city located between the sea and mountains. Precisely the situation of this maritime city, which is located between two river valleys, the Guadalhorce and the Guadalmina, has given this privileged climate. There are around 300 sunny days a year. 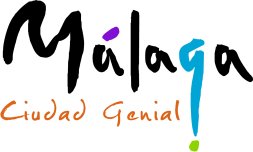 Malaga is a province located between the Mediterranean Sea and mountains. Its coastline is the most important of Andalucia and known worldwide: The Costa del Sol designation is given for its good weather and the sun, usually 300 days of sunshine per year. Its beaches and coastline are beautiful and in good conditions. The beaches are really well equipped with sunbeds, umbrellas, walkways between the rows of beds, so that customers do not burn their feet, sinks, bars, and jet skates, volleyball areas, swings, ...Malaga beaches are probable the best equipped beaches across Spain. Throughout the province of Malaga has a hotel infrastructure, sports, restaurants, ... of the first order. Malaga Airport is international and is well connected.

In Malaga and parallel to the Costa del Sol runs a mountain range that reaches in some places almost to the sea, blessing the whole area with a mild climate and great natural beauty. With 320 days of sunshine the Costa del Sol (Sun Coast) makes to its name. The average temperature is 29ºC in July and August. Spring and autumn are very pleasant months, with temperatures around 20 to 25ºC. Even in winter it is hardly any colder than 10 to 15ºC.

Malaga has great connections and you will be able to reach it trough train, road, cruises or trough the Malaga airport with international flights.

On the Costa del Sol fresh fish comes first. It is prepared in many variations: grilled, roasted, boiled or fried. A speciality are Sardines on small wooden skewers grilled over an open fire. Other typical seafood dishes are fried fish, prawns, shrimp, squid and clams.

A characteristic feature of the Andalusian cuisine is Gazpacho. This is a refreshing, cold soup made ​​of tomatoes, oil, vinegar, bread crumbs, paprika and garlic, very popular among the locals in summer.

A typical Spanish dish is Tortilla, a kind of egg and potato omelet that you get in almost every bar. Tapas are small plates with hot or cold appetizers, served with wine or beer. A culinary experience is a "Tapas tour" of several bars.

A trip to the city centre is worthwhile in any case. The Paseo del Parque is the promenade of Malaga, bordered by palm trees and other trees, benches invite you to relax. From there, horse-drawn carriages start for a city tour. A highlight of Malaga is the Moorish Castle Gibralfaro: the fortress dates from the 14th Century, situated on a hill top from where you have fantastic views over the city.

Also worth seeing is the Cathedral de la Encarnacion. In October 2003 opened Picasso Museum located in the Buena Vista Palace, a building in typical Andalusian Renaissance style. Also the birthplace of Picasso can be seen in Malaga, at Plaza de la Merced, one of the popular squares of the city.

Benalmadena: A small village in the mountains with whitewashed, low houses and narrow streets. From the church square you have a good view of the coast. It's worth visiting the local archaeological museum.

Ronda: A day trip to Ronda should be included in every trip to Malaga. Ronda is situated between green valleys in the middle of the Serrania de Ronda Mountains, in 750 m height. The city lies on a plateau on both sides of an almost 100 m deep gorge. The old town is one of the most beautiful in Spain, with cobbled streets, squares and courtyards. It provides a good insight into the period of Moorish and Christian conquerors. In the oldest bullring in Spain still take place regular bullfights.

Marbella: Marbella is the meeting point of international celebrities. Between residential areas and hotels are situated private villas and luxury hotels. The Marbella area extends to a length of 26 km, but the city itself is quite small, with a lovely old town. The historic district with its narrow streets, white houses and the Plaza de los Naranjos invites you to stroll and linger. The biggest attraction is probably the Marbella's famous marina Puerto Banus. The port is located just west of the centre with a promenade with numerous restaurants, exclusive boutiques and night clubs.

Almost anywhere along the Costa del Sol on the beaches there are small bars and restaurants with fresh fish on the menu. Beaches with the most comprehensive range of services are usually in the vicinity of cities and urbanization. There are available sun beds, showers and public restrooms, lifeguards, etc. A variety of water sports can be found on the beaches or in the numerous modern marinas.

Secluded beaches, especially the beautiful coves in the eastern Costa del Sol, don´t have such a large, but the visitor will find peace and seclusion.

The Costa del Sol is a golfer's paradise. In the last years were created many sophisticated facilities and prestigious golf clubs with excellent facilities. There are now over 50 clubs on the Costa del Sol. An important factor is the mild climate and the thereby resulting opportunity to play golf throughout the year. The Costa del Sol is one of the preferred Golf regions worldwide for amateurs and professionals alike. Not less numerous and well equipped are the numerous private and public tennis courts.

The coast is dominated by water sports: windsurfing, sailing, water skiing and diving. There are numerous marinas and diving schools. For windsurfers is suitable the extreme west of the coast since the winds there are the strongest. For divers, the eastern part of the Costa del Sol is recommended. There are unique rock cliffs, crystal clear water and hidden coves.

Paragliding is also popular. The landscape around the Valle de Abdalajis offers ideal conditions for this sport. A school organizes courses for beginners and advanced. The mountains in the hinterland are also ideal for hiking and mountain biking. For lovers of horse riding the numerous riding schools, stables and horses trails are an authentic paradise.